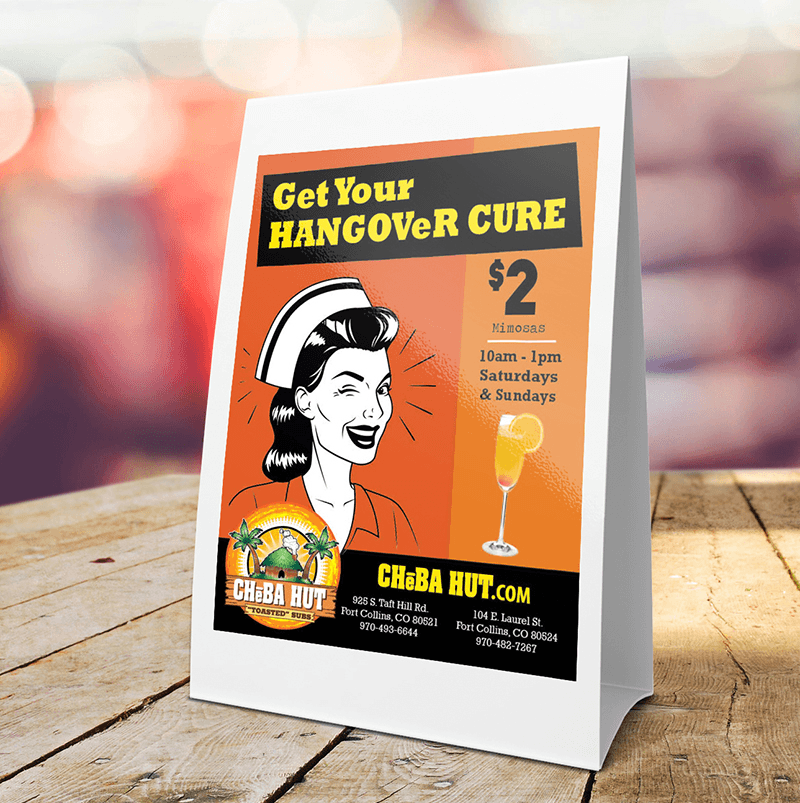 Over 12 years, toasted-sub shop Cheba Hut had built a cult following for their cannabis theme and superlative food. With stores in 5 states, the brand wanted to continue to grow, but do so very cautiously.

The planning for a new location was underway in uncharted territory. Iowa City, IA. We would position Cheba Hut as much for its food as its theme, drive traffic to the grand opening and create a strong launch in the face of all the usual fast casual competitors.

This was before social media and influencers were viable tools, so earned media had to do all the work. Because college kids are a key demo for Cheba Hut, TV was essential. We had to create a visual stunt and looked for inspiration in one of the brand’s key messages – that they make all their food, including sauces and dressings from scratch.

Decibel Blue hosted a ranch chugging contest using Cheba Hut’s own special, creamy concoction. The local CBS, FOX and ABC affiliates covered the opening as well as CNN and ESPN, benefitting all the stores in the system.